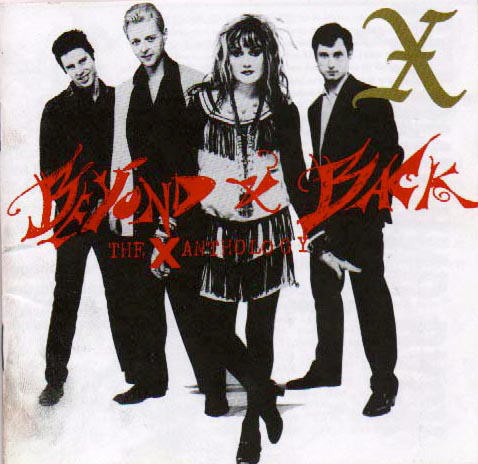 X - Beyond And Back/The X Anthology

OK, what can be said about this band that hasn't already been said? They were such a power in so many lives in the punk movement. They had and still have been unlike anything that has happened to music before, now or ever. I remember sitting in my car with my friend Jett trying to figure out who was the best band from LA and three bands came up over and over X, The Weirdos and the Germs. It always came down to a three way tie. When X was at it's best it was not just the greatest punk band on the face of the earth but the best band on the face of the earth hands down. Even when they we're going through their less then great points they were still better then 90% of the bands out there. They reported not only what was happening around them but left in the feeling and background of what was going on in the corner of their eye. You get the feeling that not only are you experiencing a little of their life but that you know exactly what it would be like to be there living those things. Though they have often been labeled with that easily tossed off title of sellout, they still laid down the truth each and everytime. Unlike many of their peers of the time and of today they looked past the political drip and good time rock and wrote about life. I think that I could talk about Los Angels, Wild Gift or Under the Big Black Sun but why, when the highlights are all here.

This a 2 disc set that covers from their 1st single on Daqnger House Records "Adult Books" to "Unclogged". Weighing in at 45 songs it gives a good impression to their over all history. They even threw in a track from the Knitters album (Call of the Wreckin' Ball) and one track from the Knitter's Demo (Someone Like You), (Knitters was a country side project with the Blasters Dave Alvin). There is also some never released songs like YR Ignition, Heater, & Dealt 88. This is full of demos, outtakes, live tracks and unreleased tracks. The liner notes are by Who's Who of the LA punk and music scene (Mike Ness, Charlotte Caffey, Henry Rollins, Matt Freeman,Keith Morris, Dix Denney, Falling James,Annette Zilinkska, Jane Wiedlin, Dave Alvin, Rodney Bingenheimer, Pat Smear, Chris D, and etc...). One of the nice added things to this is the band in their own words tell a little bit about the songs. So this makes this a bit more of a historical document then just another "Damn the Balloon payment on the condo is due" cash in Anthology.