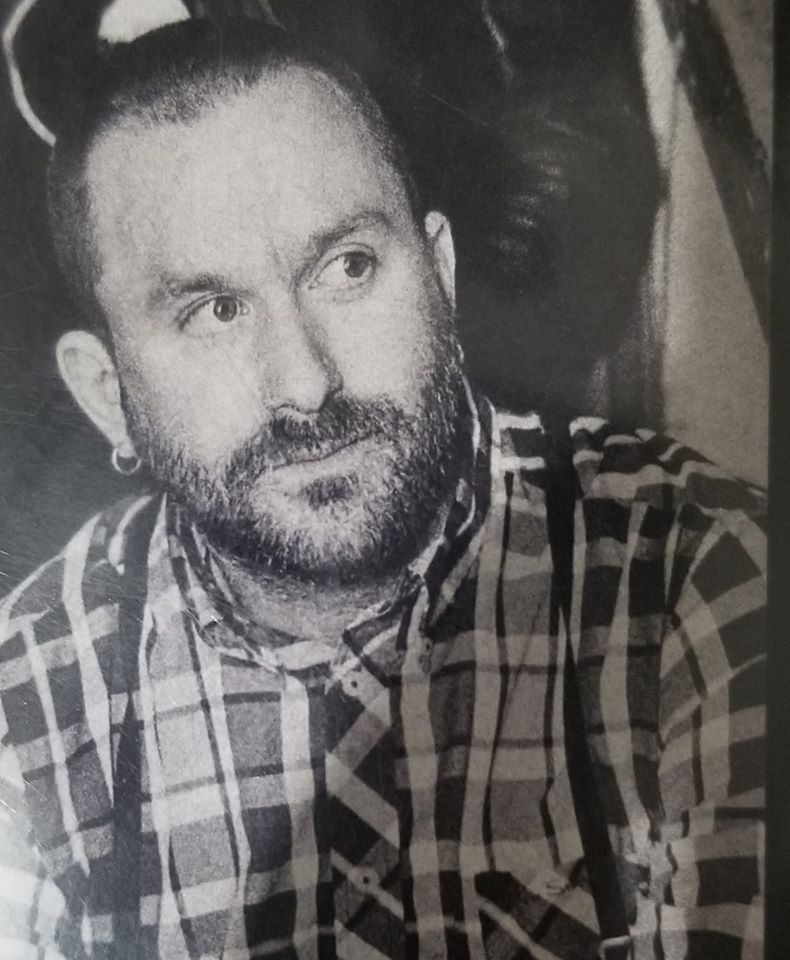 Wednesday, July 1st, 2020, another part of what made the Des Moines Underground Music Scene so special, left this world. His name was Rob Ogg. For many, that name might not mean a thing but for anyone that met Robbie, means a lot. Sure he didn't hit the big time, touring in buses and playing stadiums, however, he was more important than 90% of them that have. His connection to music dates back more than 30 years. From helping to organize Hardcore Punk Hall shows when DIY wasn't hip or cool to playing in countless bands that each had its own special flavor to being a fan with a passion to see as many bands as he could to just simply being a stand-up guy, there to help out if he could.

My history with Rob started in the 1990s. It was during a period of my life, I really don't often think about or talk about it. Let's just say that I wasn't the warm and inviting individual that I am today. There are many myths and legends about this period of my life, some true, some not, and some that the statute of limitations isn't quite expired. On any given weekend, there was pretty much one goal, having fun at other's expense. I could easily blame this on the company that I was keeping but a lot of those bad ideas were mine, to be honest. So, I'm sure that I was less than an invited guest or a wanted guest the first few times I encountered him. For his part I have to say that for some reason beyond my understanding, always inviting and tolerant and over time, we got to know each other.

Rob and I shared a strong passion for music. Though our tastes were different and many "discussions" took place as to why; there was one thing that we shared above all that passion. I had the pleasure of working with a number of bands that he was in over the years. First at Safari Nite Club, then Hairy Mary's and then lastly at Lefty's Live Music. The thing about every project he had, whether or not you liked it, it was uniquely Rob. From the dark and animist Hunger Pains to the carnival-like of Pine Box to the Punk and Oi of Make Your Mark and Broken Ones, he added something that was his. When I decide to do the Have Nots reunions for Paul's Birthday, he jumped at the chance and I know I couldn't have pulled it off without him.

Music aside, the thing I will miss the most is his smiling face, hand extended in friendship and fellowship that has been a constant part of just about every live music event that I have attended in the last 25 years or so. He was always supportive and a backbone of the local underground scene. Always there to do his part from playing to helping to organize to just simply enjoying the music and the comradery of those around him. A social animal to the end and often like me once upon a time, the last to leave the party.  With him gone it means double duty for all of us. Rob left a lot behind. He will be missed but that is only because he was who he was, he made that impression through his music, his art, his friendship that will never be lost but will always be missed.