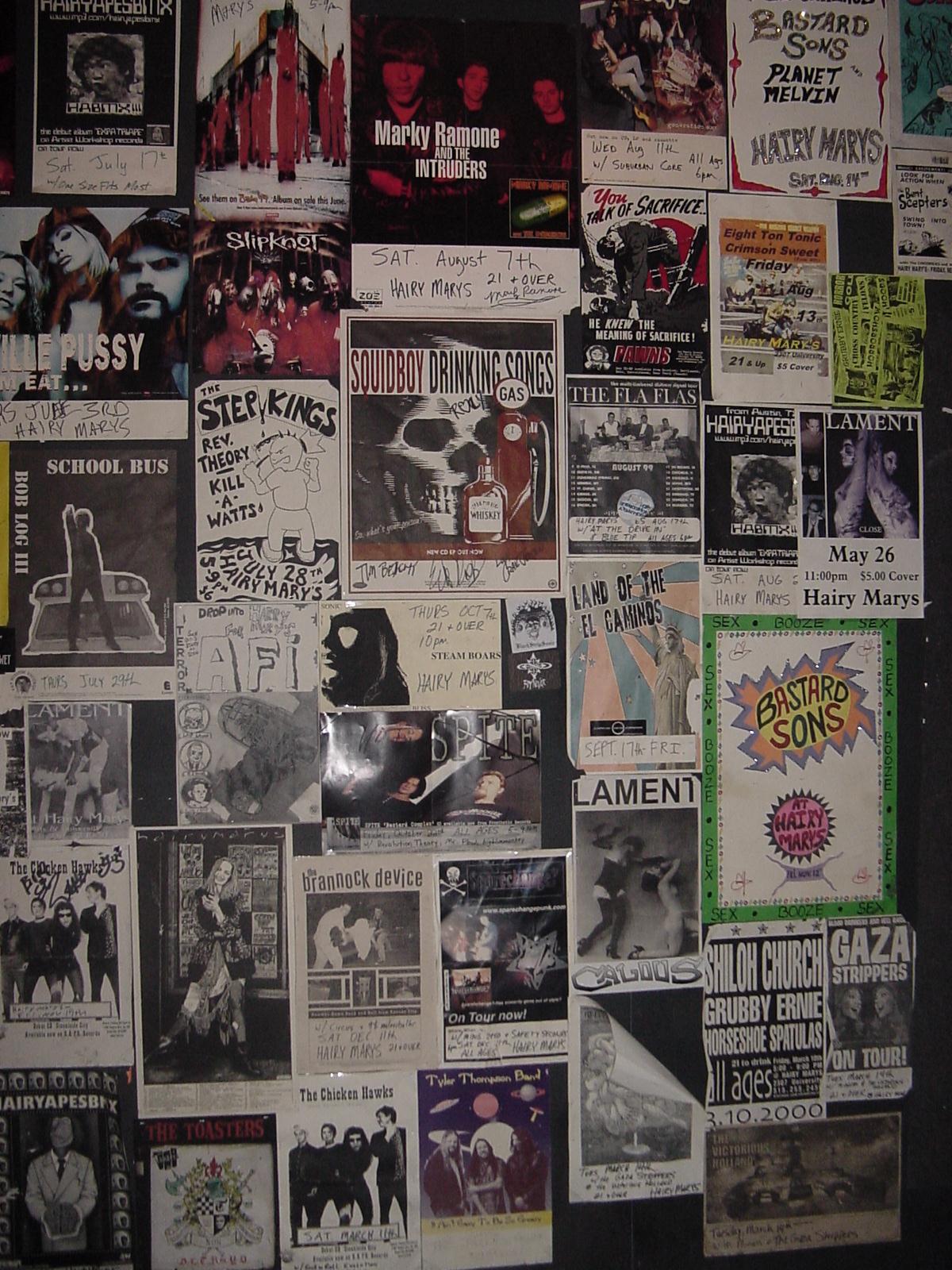 It's official, the place has been sold in as of right now the future is unknown. It has been a clubhouse and second home to the live music scene in some form since the early 90s. The old location hosted such great bands as X, Mud Honey, L7, NIL8, Jesus Lizard, Ween, Billy Goat, House of Large Sizes, PAW, New Bomb Turks, Digits, New Duncan Imperials, Mercy Rule and Dumpster Juice. Though the University location was also unknown as Safari it was Mary's spirit that moved into the building back in 96 and kept rolling for over 10 years with the likes of Social Distortion, Fear, Murder City Devils, At the Drive-In, The Urge, The Adolescents, Dropkick Murphy's, Agent Orange, Agnostic Front, Exploited, The Misfits, Fugazi, Hatebreed, Shadows Fall, The Humpers, Let's Go Bowling, Clutch, Murphy's Law, The US Bombs, Oblivins, Pitch Shifter, Reel Big Fish, Rigor Mortis, SNFU, UK Subs, Vice Squad, and countless others.

More important it's the room where many local and regional bands cut their teeth like Slipknot, Deadfront, Painface, Radio Caroline, The Street Urchins, Skin of Earth, Hunger Pains, and on and on. Though many of those old bands are long gone their members still continue to shape the current Des Moines Scene. For most of it's existence it was the only venue in Central Iowa that was open to new original bands. Yet still continued to bring in large national and regional acts and one of the few clubs open to independent promoters. Also often the only venue that flew the independent/DIY flag through it all.

For many of us it was a clubhouse and play pen for the usual drunk craziness to clown bike races. The nasty men's room and general free for all will continue to be a legend. It was the land of misfits, drunks, scenesters and good music.

Last night I sat there and drank with friends and it was like any normal night. There have been a countless number of them over the years. Good music, good friends, a few laughs. I had no idea it would be the last one. It's kind of sad if that is the end. It should have been a night of destruction but then again, deep down Mary was always a Lady and it's better if she died in her sleep.

So Viva La Hairy Mary's. Well the new owners save you from become yet another dull bar/live venue? Who knows, but they have big shoes to fill. Thank you Jeff, John and Fathead for the many hangovers, the great music and the ringing ears. By the way you are out of Guinness.

2017 Update - Hairy Mary's was closed in July of 2007 and the new owners remolded the bar into a college dance club. In fact, unless you had a college ID you weren't allowed to enter the bar for the first couple of years it was open as the Dublin. This would continue to be the case up until 2015 when the Dublin was sold to Anne and Erik and they turned the building back into a live Venue called Lefty's Live Music. Not a new Hairy Mary's or a Safari for that matter but really would you want it to be? Those times were the past and to relive them would be to dilute what Mary's meant to the people and bands that called it home.