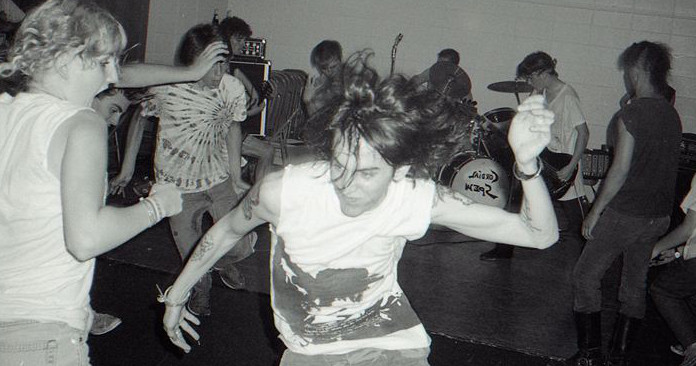 After finishing the latest version of this site, I may have seemed to have vanished and it's because I've been a little busy with my other project.

Some of you may already know this but I own and operate another site called the Underground Archives - http://underground-archives.com. It's a music and underground culture site that has been on line for around 12 years. It had been down for about 8 months and for the last few months I've been slowly moving the site into it's new domain and build. To say that it has been taking up a lot of my free time would be an understatement.

There is roughly 4500 pages of projects, bands, businesses, fanzines, venues, etc... and contributor listings. A majority of which are from Iowa and Eastern Nebraska from the 1970s to present and it is always expanding. In a way it's a oral history of underground culture in the area and a majority comes from submission from members of the site. For the last few months, I've been moving listings, correcting errors and dead links and I'm happy to say that I finished.

So after I regroup a bit and add a few more things over there, I hope to start adding my weekly Spotify playlist blogs and hopefully normal blogs on a more timely bases again. Some of the topics that have been rattling around in my brain have been my prospective of the state of piercing today. A blog that I wrote and then had a chrome melt down that talked about the Drake neighborhood of the late 80s and 90s and my memories of it. Oh and my re-found and surprising love of fishing and the usual rambling ons about music, gadgets, fatherhood and general distraction.

If you too lazy to check here on a regular bases you can always follow me on twitter @davoaxiom or @axiomskt, on the Axiom facebook page or my personal Facebook davoaxiom and on google + which is davoaxiom for the personal stuff and the Axiom Body Piercing Studio.

That's all for now,