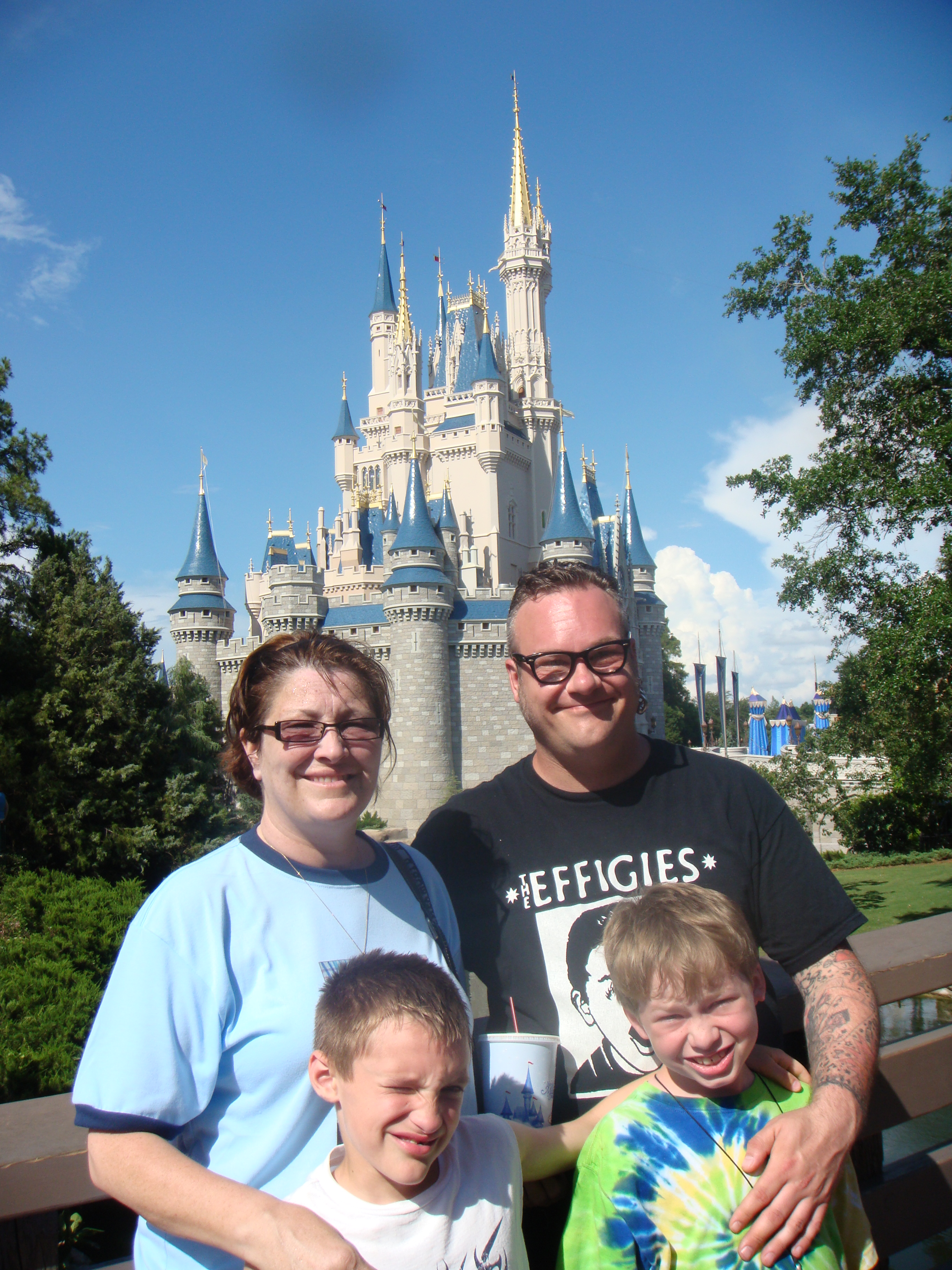 Instead of doing a long esay like blog this time around I decided to write an update on what is going on in my life and what is currently holding my interest.

Anyone that knows me personally knows that my Sister Debbie has been a big part of my son and my life. As has my other family members. She gave us all a scare on Monday when she had a heart attack. Luckily she was at the Iowa Heart Center at the time and the issue was addressed quickly. She ended up having blockage on the back side of the heart and they did two stents that cleared a majority of the blockage. The damage to the heart was minimal but there will be a long recovery period. Debbie is a single mother and though she does have benefits the medical bills and being off work will be a finical strain. If you wish to offer kind words of suppurt, support finically or otherwise, please contact me at davo@axiompiercing.com.

In other news, I was excited to hear that for the first time in almost a decade the U.S. Bombs! will be touring. This is not only because I would love to see them again but because it would be great to reconnect with old friends. During the hey days of Axiom Promotion and Safari, they were a staple and often would even stay in Des Moines when they had days off. Duane, Kerry, Chip, Wade and Chuck were almost part of the family as was the members of the Humpers, Nashville Pussy, Sex Offenders and Quincy Punx. However, even as excited as I was something didn't really seem right and after contacting Kerry, I found out this was not the U.S. Bombs! that were touring but the us bomb. Duane had announce on instagram without speaking with the other members of the band that he was dissolving the band. The post read "The Bombs 1993-2013 RIP". Though the band had been inactive over the last few years, it can as a surprise to the other members of the band and the band's fans.

The band had been inactive many due to Duane Peter's substance abuse and legal problems. In fact, when I contacted their long time booking agent, he seemed shocked not only because of the Instagram announcement but also because his understand that Duane couldn't leave California because of his probation. The last few years have not been good for him. However, anyone that knows anything about the life he has lived, knows that this is part of the Duane experience. He has ups and downs but just like with his skating just has you think he's about to bite it he some how always pulls through. I personally would love to see him back doing what he loves, singing and dancing on that stage. That would be a joy and pleasure to see again.

The issue is the U.S. Bombs! were never the Duane Peters' band. That was the Huns and the Gun Fight. No the U.S. Bombs! is a gang and I'm afraid that I'm torn to support anything that doesn't involve Kerry, Chip and Wade. Then to find out that they weren't even asked if they would like to do the tour, it really leaves a sour taste in my mouth. Yes, it would be great to see Duane again and see those great songs live again but it wouldn't be the same experience. There are a number of bands out there were members are replaceable and don't really matter but this band isn't one of them. To be completely honest, though I was a fan of Duane as a skater, I was always a bigger fan of Kerry Martinez's music that dates back to his days in Shattered Faith. To be honest a more exciting package would be the U.S. Bombs!, Bad Luck Charms and Chip Hanna & the Berlin Three.

Quinn and I continue to home brew after taking a short break. Our latest was an Export Style Stout that we brewed on Mother's Day. In honor of my mother we called the standard stout MeeMaw Stout and the two gallons that we added tart cherries in the second fermentation that we named Red Hat Cherry Stout. Both came out wonderful, though all that have tried them have leaned toward the Cherry Stout.

In more Beer news my favorite beers of late are Brasserie du Bocq's Blanche de Namur which is Witbier with Fruity and spicy flavor layers. The next is Funkwerks' Topic king, this is a new flavor and experience that they are calling an Imperial Sasion. It started out as an attempt to create a IPA style Saison and when they added more malt to balance out the bitterness, it created a spicy and fruity citrus beer that is 8% ABV. The last one is by Stone which is know for their over hoppy beers. Which may have only added to my enjoyment of this beer. Stochasticity Project: Quadrotriticale brewed with triticale which is a hybrid grain that combines the flavor of wheat with the spice of rye. So it is a retake on a Trappist ale with a twist that not only well blanched and not overly hoppy like most Stone's offerings but with a less sweet and more dried fruit taste.

My son Quinn finished out his Junior year of high school. Which not only made me question what I see in my mind's eye as my actual age but the realization that his childhood is coming close to it's end. Though our relationship has a evolved the enjoyment of his company that I first felt when he was a toddler continues. He for some reason has grown to love the punk rocks music and skateboarding but he also still active in the Des Moines Rowing Club and crew rowing. Though we often discuss his messy transition into adulthood and all those father son chats, we still geek out on music and video games.

In May I started my 21st year professional piercing and the passion is still there. Something about coming to work every day with unknown new challenges and people to met makes it still the coolest job in the world. Or at least to me.

Brian Campos had me on his Pants Off Podcast we talked at length about the history of the Des Moines music scene and my ideas of the current and future scene. I had a great time and was happy to lend some help to one of my favorite forms of media the Podcast. Brian's has a focus on local music here in Des Moines and I would encourage anyone with a mild interest in the local scene to subscribe and spread the word. He said he would like to have me back in the future to talk about more music but also piercing, website development and homebrewing.

Over the winter and into the spring, I redesigned the curse and blessing that is the Underground Archives. The new version has a much more modern interface and is completely responsive meaning it's easy to navigate regardless of the size of your screen. The other biggest change is that I've moved away from the Book Module structure to grouping content with taxonomy terms and tags. This alone will make grouping content and creating displays of content much more easier. I also gave the Have Nots site a brush up but may still have to revise it again.

I'm sure there is a great deal more going on but that's all that comes to mind. I was going to mention what music I've been listening to lately but that would be better as a spotify blog.