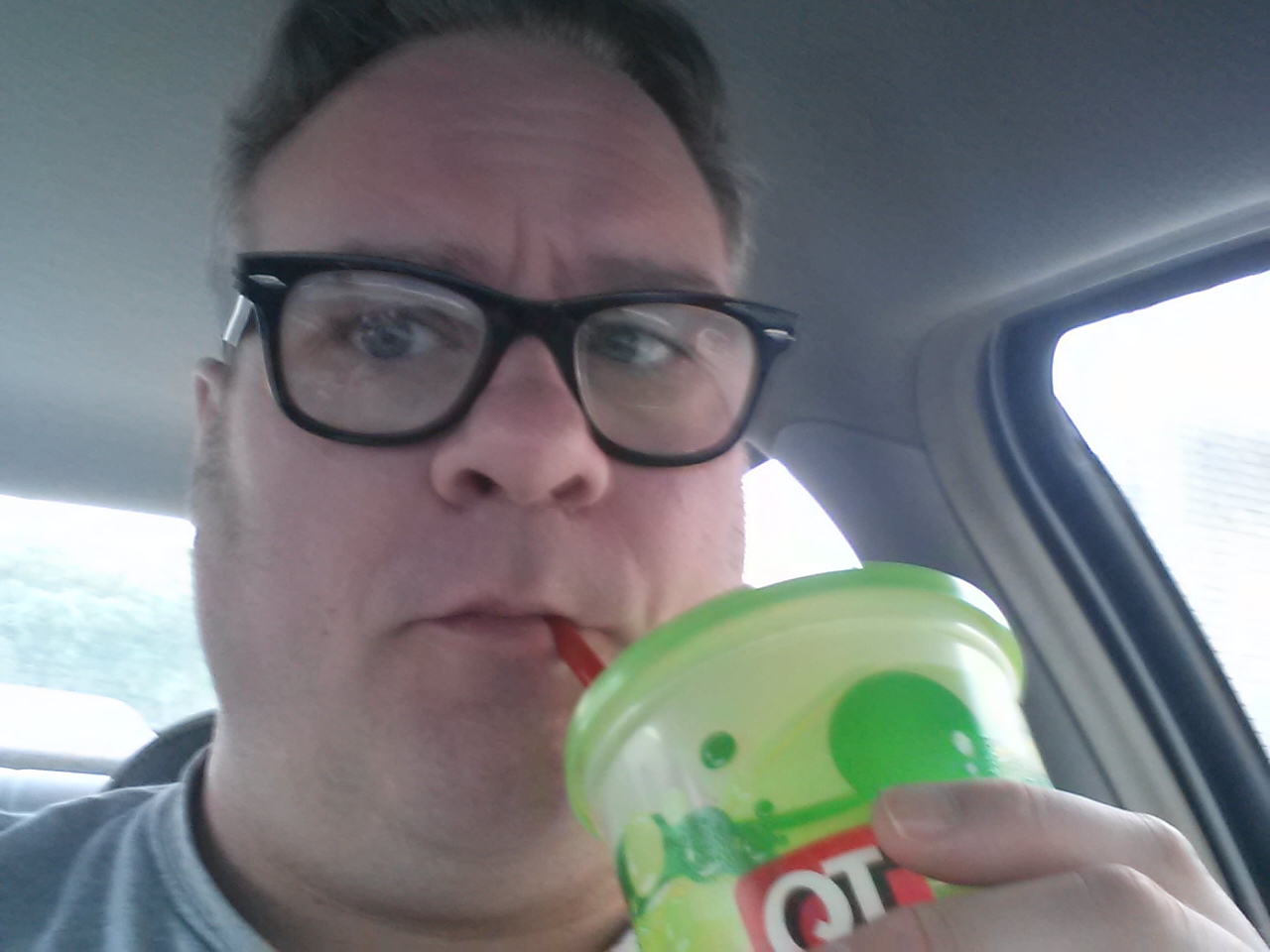 "I'm sweet enough", I use the line every time I'm asked if I want Sweet tea and some of you might of guest I lifted it from the movie Snatch. For my son it has turned into one of those annoying things dad does when he thinks his being funny. Many a waiter and waitress have been stopped in their comfortable and practical footwear. Often they stand for a second and try to figure out a response and surprisingly few have gotten the joke. This has given host of a number of other responses to the question on additional ingredients to my beverage choice. Including "No, I'm sourer enough" when asked about lemons and "I'm hot enough" when asked if I want hot tea.

In part it is to combat this ever growing attack on plain good old fashion Ice Tea. It seems that every time I turn my back someone is trying to sneak some flavor into my drink of choice. A majority of them are sweet and completely change the flavor of the tea. Nothing is worst than having the mouth watering for a clean but slightly bitter taste and then be assaulted with a overly saccharine sweet tastes. I can only say the effect is about the same as I had when I got into my grandma's Lazy Susan and finding these foil wrapped "candies". I mean the cubes were dressed like the Caramel that she always seemed to have on hand. They were usually a little old and hard but chewing through that hard block usually caused an almost more intense candy experience. As I unwrapped the foil, I could imagine that wonderful sweet chewy goodness but what greeted me was a bitter over powering and disgusting salty meat taste. Thus I was introduced to the Buyon Cube and never trusted unmarked wrapped candies again.

Maybe it is important to explain what I want from the beverage that I consume over a gallon a day of. There is just something about it that is clean, pure and earth that you don't find with any other substance. Like pure well water, there is a distinct taste that you can't replicate and is at it's best when nothing is added. Like coffee it should be seasoned to taste but often just like coffee most of the additives are there to cover up the fact that the coffee isn't brewed correctly or to cover up the taste of coffee. Unlike coffee though Ice Tea is hard to brew incorrectly. The only thing that is going to effect the taste is using too little or not brewing long enough. I've found that even with the bags are left in the pitcher, the brewing process ends when all of the tea is infused into the water.  Personally, if you can see the bottom you need more tea but mellow flavors that aren't as bitter can be obtained with less bags. Also, the addition of serving over Ice can greatly dilute the tea if it is fresh brewed. Thus it is a drink that you can order just about anywhere and it will taste the same.

My obsession with Ice Tea started early in life with my Mother's fear over my consumption of soda, my hatred of Milk and the price of fresh juice. Part of it might have been over her and my father's health conditions too. The thing is that I always seemed thirsty back then. She was so concerned she had me tested for Diabetes at least 5 times. We were a Pepsi family and soda was withheld for special events. Often those fuzzy sweet drinks were only brought out on Saturday night or some other special occasion. Even then it would be an even split of 16oz bottle between my sisters and myself. Even to this day, I have to say that soda with real sugar out of a cold 16oz bottle produces the best taste. The rest of the time, it was either tap water, milk, orange juice or maybe Koolaid.

At some point, suddenly the only drinking options when opening the fridge was Milk, a pitcher of tap water and something I hadn't seen before a pitcher of Ice Tea. "Work smarter not harder." was always the rule of the land in my childhood home, so she brewed this Ice Tea with twice the normal amount of bags. The idea was that you would fill the glass up half way and then top it off with tap water. Of course, this was to me a much unneeded second step, and thus I developed a taste for extremely strong and bitter tea. Something that would carry on to my coffee drinking as I completely rejected the pail light brown coffee that she brewed. Mom's coffee was a weak brew that seems to be a Iowa tradition that I've heard called Swedish coffee. Basically the coffee is made very weak not only to save a buck but also to insure that you can drink countless amounts of it and not get a caffeine buzz. It's a more social coffee than Espresso, designed for long conversations around a pot of coffee at the kitchen table. The stuff tasted like warm water to me.

The reason I bring this piece of my childhood up is that it got me hooked on the stuff. Pretty much from that day forth it was sodas when I was out and Ice Tea when I was at home. Something that is still the case to this day. Though sometime around 10 years ago, soda suddenly stopped appealing to me completely. It might have been the mention of Mountain Dew causing kidney stones that did it but I have to admit that I lost the taste for sweet drinks. Up to that point, I would consume between two to three litters of Soda a day. I was rarely without a litter bottle and often the passenger side of my car would be filled with empties. Now a days I might have a soda with a meal now and again, mainly Root Beer but ti's rare.

Now switching to Tea wasn't an easy move. I started out on the bottled teas but often it was easier to the fountain of youth then it was to find a unblemished bottle of Ice Tea. i blame this on the worst tea I've ever tasted, Snapple. Even their lightly sweetened tasted seemed to taste to me like instant tea. Though even there has been an increase availability of fresh brewed tea it is still extremely difficult to find unsweetened bottled tea. Which just seems to draw even more attention to the fact that Americans are obsessed with sweet drinks to the point that producers and retailers tend to only stock sweet drinks think that it is the only way to compete with soda.

As I'm getting old, I have to address how my Ice tea consumption is effecting my health. So, I did a google search. Now I got a lot of results that varied from it's a good supply of Antioxidants to increasing the risk to Kidney Stones in those that are prone to them. It seems that the healthiest way to brew Ice Tea is to hot brew the tea and then allow it to cool in the fridge. It seems Sun brewing, Cold brewing and cooling with ice reduces the amount of Antioxidants in the tea. Another benefit is the presence of theanine which is found in almost all tea blends not just green tea, improves health, focus and concentration.  Unsweetened tea also has no calories, is a natural mild diuretic that in fact hydrates you and can be counted toward your water intake, and is an appetite depressive, making you feel full more quickly when drank with meals. A majority of these benefits are greatly reduced or completely negates the health benefits by adding sugar and other additives to tea. Of course there is the disadvantage and health concerns that come with caffeine intake and since it is a diuretic it explains why I go to the bathroom so much.

So please stop trying to get me to add sugar and other sugar filled items. The drink is tasty just as it is and somewhat good for me. I don't want fruit juice or sugar water. No I'm sweet enough. Oh and keep your flavors away from my Guinness and my whiskey too.