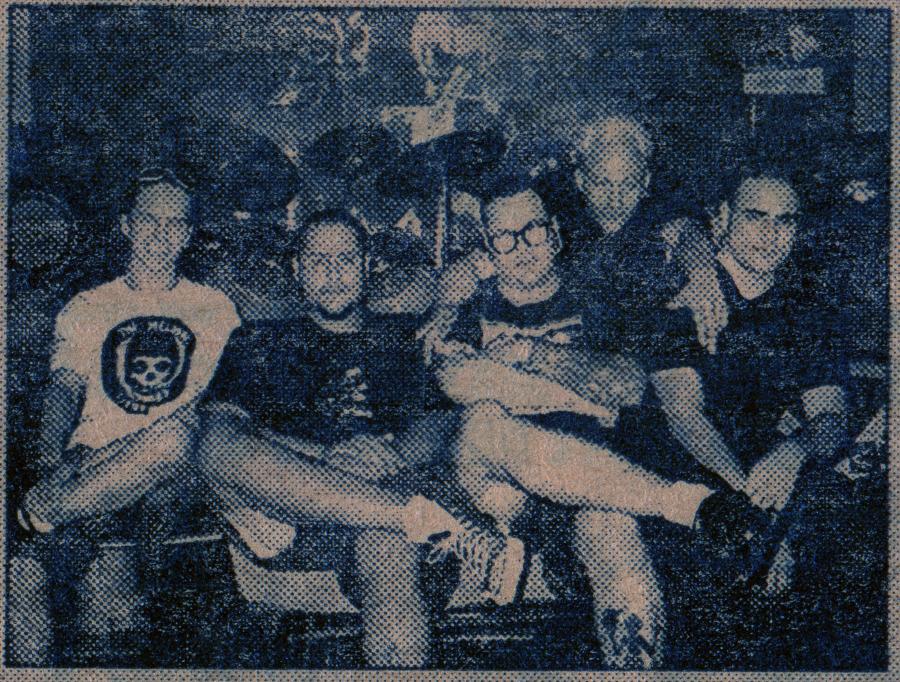 Since my last blog was one of my many long babbling essays on the state of man, I decided to do another that the main focus is more about what I've been up to. Which for the most part really isn't a lot but then again seems to take all the time between when I give in to the idea of being out of bed and then point where I give into sleep. Which on average is around 16 or 17 hours a day. So you'd think something of interest would happen.

On the Axiom front. I'm completely moved into my new station at the Skin Kitchen. Though I still haven't gotten around to hanging all the posters and photos. This is in part because of Quinn complaining about most of the photos of him are from the first decade of the 21st century. Though I doubt I can give up the Disney Photos, I plan to getting some more current photos. Otherwise the move went smoothly but then again it was only about 20 feet or so. Though I did enjoy the privacy and being able to not worrying about the music being too loud or whatever, it has been nice to get back to the more communal setting again and to have my very own sink again. It also forced me to clean through and sort a number of items that I don't really need anymore and rediscover some forgotten items.

In more shop related news, I took over maintaining the Skin Kitchen website - http://skinkitchen,com. Though nothing will really being changed and I can't lay claim to the design because that was someone else work, it will now be updated on a more regular bases. It was the first time that I had really worked with WordPress and even though I had access from the server side and to the database, I have to admit that I found it surprisingly easy to hack the Admin password. I have to say that coming from the world of Drupal it seemed a little too easy but then again I have found a lot of WP's UI rather confusing to say the least. The good thing is that now the Skin Kitchen Artists can add and update their own photos and bio information.

More on the whole internet thing, some of you may know that I was in this band called the Have Nots back in the mid 90s with my good friend Paul Gray of Slipknot fame. Also in the band was Joey Jordison also of Slipknot and the Muderdolls, Brian DuBay and Greg Welts who was also in Slipknot for a time along with spending time behind the drums with the Orange County Punk bands Mad Parade and Organized Crime. After sitting on the demo for years and selling off a cassette copy here and there, I decided that it was time to release the tracks in a digital format. Though I'm still waiting for the publishing clearance on the Johnny Hit and Run Pauline cover, you can buy the complete Demo at http://www.cdbaby.com/cd/thehavenots1. In the future the tracks will be available on iTunes, eMusic, Amazon, Spotify and countless other sites. To mark the release I built a new website for the band at http://havenots.net. There are a number of new photos and a longer version of the history of the band.

With the jump in my web building I've been considering a revamp of axiompiercing.com but I'm guessing that will not be till later this year. I don't know if it will be a new theme or a complete re-build yet.

Well, I think that is enough at this time, till the next time, everyone have fun,