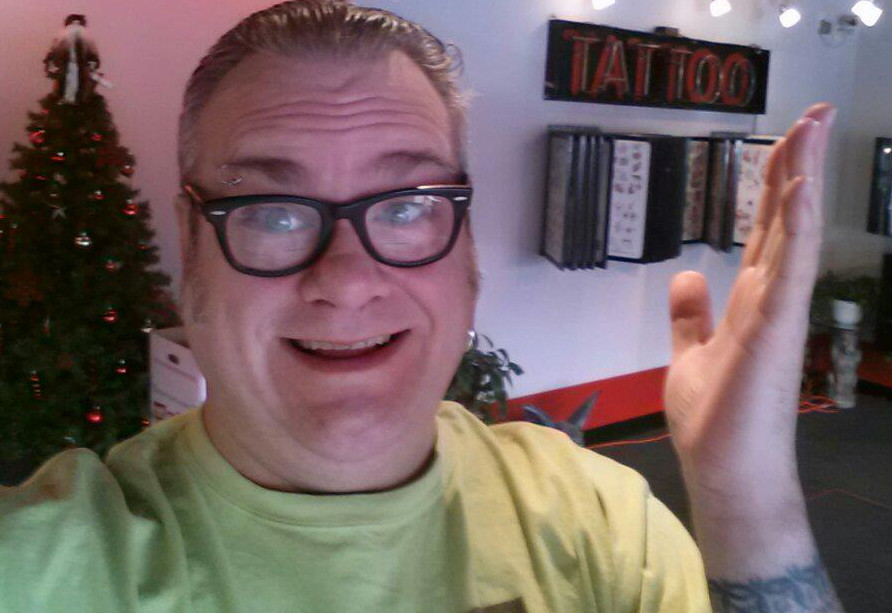 I'm sure everyone is tired of hearing about my broken wrist. It has been rather life consuming for me. However that all changed today. My left wrist is officially free of the slavery of restrictive casts, braces and general forms of bondage. I've missed that freedom. It cost me 6 weeks of work. It made opening jars difficult, eating and other daily activities were burdened by it's limited bending and twisting abilities. I'm still dealing with some stiffness and have to do some stretching exercises to get it back to normal. In fact when I asked the Doctor what I was able to do, he said anything I normally would, except don't fall on it.

Enough about the wrist. To be honest I'm rather tired of talking about it. So let's talk about some of the things of interest that I've been using to pass time while I was pretty much a shut in.

New Music - There has been a number of new releases and I really have dropped the ball on my whole music reviews thing years ago. However here are some new releases that I've been listening to:

Think of It and In the Loop. I discovered In the Loop one late night on Netflix. It's kind of like a comedy version of House of Cards. Not only does it have that biting dry British humor but also some of the most creative forms of swearing and insults I've heard in ages.  Peter Capaldi patrayal of the rough and bruttle Scottish political boss Malcolm Tucker steals every scene he's in. His insults come so fast and aggressive that often you are laughing so hard you miss a majority of them. The general plot is incompent ministers creating PR nightmare and general dumb mistakes. Think of It is on Hulu Plus and I believe that In the Loop is on Netflix, Amazon Prime and Hulu Plus.

Space Janitors - This is another offering from the same people that offer the Guild, Felicia Day's Flog and other fine webcasts Geek and Sundry. Their youtube channel can be found at http://www.youtube.com/user/geekandsundry. Space Janitors is about a pair of janitors that work on a Empire Spaceship. Though Star Wars is not mentioned it's easy to caught on to the references.

Call Of Duty Black Ops 2 - I'm not sure that this game needs any more coverage but I have been playing a great deal of it. Which is a surprise. I'm not a big fan of first person shooters and I have admit I gave into pressure from my son Quinn to buy my first one a year or so ago. The selling point for me was that it was a game that offered two players which seems to become an increasing rarity. I have to admit, that I hated it at first and played the campaign and then put it away. If Quinn wouldn't have bugged me to play it, I wouldn't have even began to play on-line. In the past my experience with on-line play has always been rather humiliating and frustrating.  Only the purest of masochist could enjoy spending hours being killed over and over by preteen kids but after a week or so of just going at it, I suddenly found myself enjoying it. I think one of the biggest problems I had with on-line games in the past is they seemed pointless. Most of the early games really had no goal or incentive to continue playing. See that's what the COD franchise has developed between increasing your levels and gaining new weapons and their goal orinated games like Domination, Demolition and Capture the Flag. See even now I hate Team Death Match. It just seems boring and pointless to me. Now a game with goals, that's something to cause me to obcess about. This all started with the first Black Ops in which I prestiged once before losing interest. I have to say that by the time MW3 came out, I had kind of loss interest and then found Tony Hawk HD, which was an enjoyable trip down memory lane. On a whim and a need to use up some Bestbuy Reward points, I bought Black Ops 2 and haven't been able to stop playing.  If you play on Playstation and want to friend me my nick is davoaxiom and you can find me most hours of the early morning in the bonus moshpit.

West Ham United- Ok I'm not a big sports person. Sure I enjoy a good Baseball game now and then. I especially enjoy taking the boy to the I-Cubs but to follow a team with all the ups and downs or to sit and watch a game on TV, I'm just not interested. When I moved in with my friend Lanny, he was all about English Football and especially Arsenal. Also my son plays and is pretty good. Just like with Baseball, I kind of rediscovered "Soccer". I'd played a little in Middle School and was all about it until BMX and Skateboarding took over my life. It applied to me in a lot of ways including the pace of it and the limited rules. Which were all the reasons that I have always disliked American Football. I mean you have to have a dictionary size rule book to play a game and the play stops every minute for one reason or another. You could say Baseball is slow but I'm sorry to point this out but American Football and Basketball is like an hour of play that takes 3 hours to complete. When you really began to break it down, you spend more time watching players set up then play. It would be like going to a show and have a band play one song and then tear down for 5 minutes and play another song. In Soccer there are no comercial breaks or rain delays. It's 90 minutes flat with maybe a few minutes added for injures and delays.

I was first introduced to English Football through the punk and skinhead movement. Especially the football hooligan scene of the 1970s and 1980s. It seemed so foreign and strange but as you begin to understand the motivations behind it and the history it becomes to make sense. In a lot of ways Footie to the English wasn't really about the sport at all but the localism to that team. Sure we have that in the US with College and Professional Football and Basketball but not to the level they have in the UK. Part of this is because of the vast size of the US but also it comes down to our connection to the teams. In Iowa it's often ISU and U of I that draws fandom but most of the fans have no direct connection to the schools other than they live in the state. Oh and this is a new thing. When I was a kid, there wasn't really much interest in either team. Partly because they were never really that good. In fact the only school team that really tended to go to Nationals was Drake's Basketball team but even they only really got a small amount of support outside of the school. And as a local who went to Drake, ISU and Iowa games as a kid, you felt more like an outsider than part of the team.

That's changed somewhat but it seems that most of the support depends on the teams performance than a real connection to the team. Most people end up supporting a team because they were winning when they got into the sport or had a parent or friend that was a fan. So it's more a matter of chance or taste than really a connection to a team and it's history. I guess my first exposure to West Ham would have been through the Cockney Rejects or through Cock Sparrer. When you think about it a majority of the Oi! bands came from the West Ham area on the East End of London. So it's no surprise that a majority of them were Hammer supporters. So I automatically have that connection but I think what drew me in more than anything was the level of loyalty the fans have. Not only to the team but to the area. They have a fierceness that you don't find with other supporters. WHU tend to have fans that come from underdog backgrounds and so it isn't surprising that often the team itself has been an underdog.

Maybe it's an oddness in me that I when I support something, I want to be comfortable and connected to my fellow fans and supporters. It's kind of like bands. There have been a number of bands that I refused to listen to or support because I felt their fans were full on twits. Man United seems to attract the same kind of people that are die hard Yankee fans. They support them not so much because of their love of the team as much as their winning streak. I've encountered the same when it came to music and avoided the lowest common denominator there too. The "That Guys" of the world.

I'm not sure what set it off but I started read up on the history of West Ham. Not only the teams history but the fans and the culture around it. The more I read the more I was drawn to the team and to it's fans. I felt a connection to them or at least as much as someone from Iowa could have. So, with a little hesitation. I began to claim support and follow the team. It began during last season and their relegation to the championship league. After a season they end third and moved back to the Premier League. Since they have shore as high as 6th and beat 3rd place Chelsea last week to move up to 8th. So I think it is safe to say they are having a good year and on the way back up.

I had an interesting conversation a few months ago with one of my doctors, an Irish fellow. We were talking about TV and cutting the cable. When I told him that really the only thing I missed was watching matches, he asked who I followed. I told him West Ham. He gave me a puzzled look. When I asked him why that struck him as odd, he said, "It's strange cause American usually only support the winners and are unwilling to support a team when they are down." This gave me a sense of pride, I have to say.

Ok, that's enough plugging of stuff I dig. Later this week I'll be announcing some new specials for the shop, I have gift certificates for sale, should be adding more piercing blogs soon and another spotify playlist. Until then, if I don't get a chance to offer this in person, Happy Holidays to everyone out there and here's hoping each and everyone of you has a happy new year.