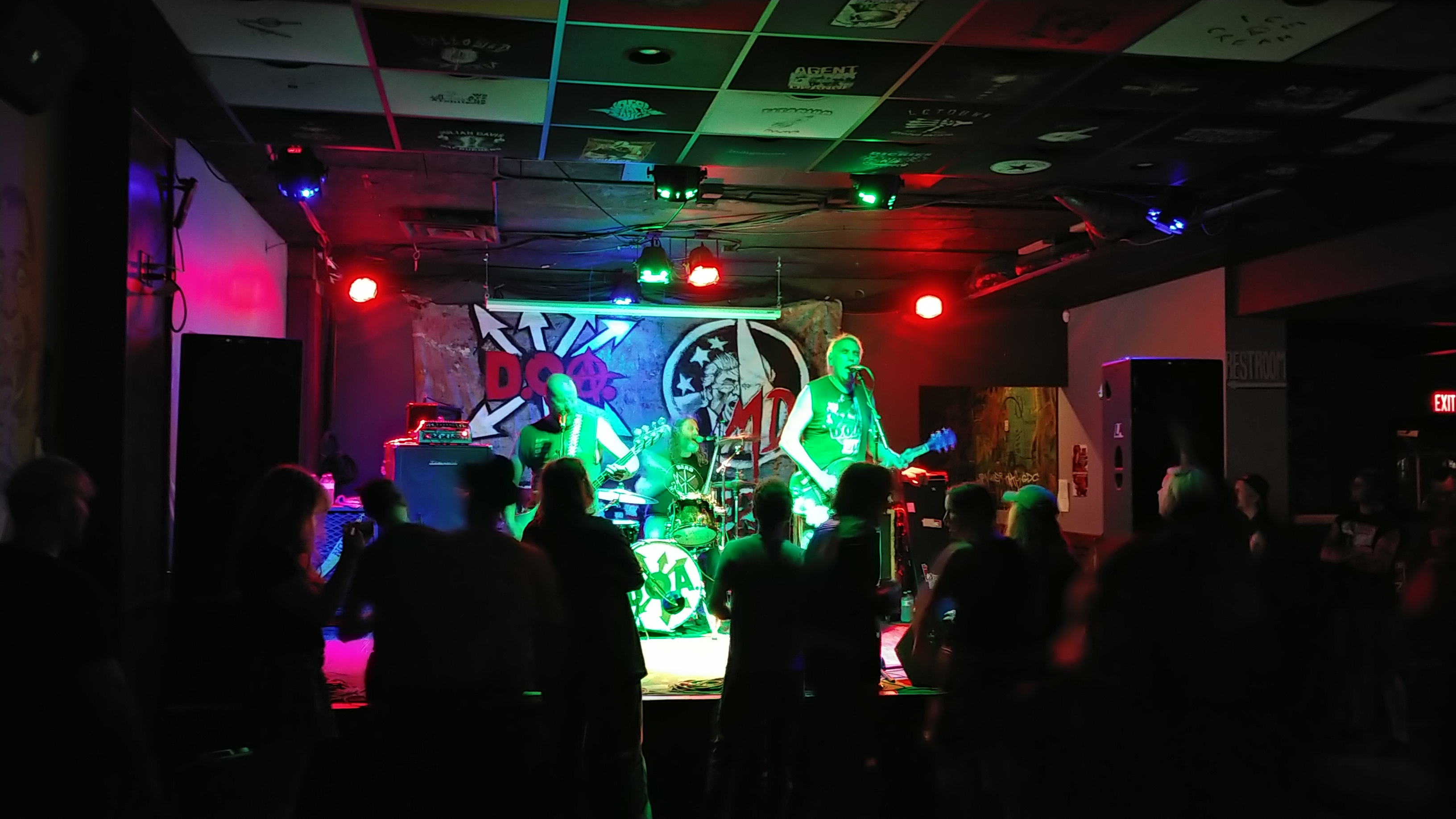 Editing and Writing to Your Audience

As an artist of any medium, the hardest part is learning how to edit. To get to that point where all the fatty tissue and the cancerous cankers have been removed to reveal a tight well-done representation of what you are trying to express. I don't care if it's editing a novel, writing a piece of music or seasoning a dish, it can be so difficult to just let go of ideas, words, notes, and ingredients and just walk away. Part of this is how personal the work gets and how invested you get in the parts of that little child that you are launching into the world.

Man, it's tough, I've been there. Put in hours working on something, only to watch it end up on the cutting room floor so to speak. With bands, it can be difficult because often there is collaboration involves and feelings get hurt and egos bruised when that 5-minute bridge is cut to 30 seconds because that is all that's needed. However, I have seen so many talented and truly interesting bands, fall from sight because their music was so completely unfocused. Now I know what you are going to say, "I'm an artist and the real fans will get it and understand." Well, that's great if you play a few times a year at the local club to a handful of relatives and friends but if you are trying to gain an audience, they have no reason to suffer through your muddy mess to "get it".

Now you may be thinking that your music is so groundbreaking or original that it is going to be the next Big Star, Germs or New York Dolls. The reality is that all three of those bands had labels that not only put out their records but also distributed them. Yes, they may not have sold well when they were a band but without that label attention, those records wouldn't have been laying around to be discovered years later. Also, they didn't set out to influence the next generation, they set out to make a career out of their music. This fable of just being too ahead of the time or too much this or that to gain an audience is just another excuse for failure. If you want to make records in your basement, maybe play to a small crowd once a year or fulfill your artistic vision, skip this whole blog. It's not for you.

However, if you would like to become even a mild success, you have to consider your audience, their tastes, and their attention span. There has been a lot of talk about people having smaller attention spans than they once did. Personally, I think this isn't the case. The main difference in modern time is how simple, quick and easy it is to change the focus of that attention. Attention spans are not something we are instinctively born with but something that we are trained and developed to have. There is a reason that children's books and children's songs are so short, they are based on the time most children can focus. Many traditional child's songs and nursery rhymes are around 15 seconds long and were written for grade school children. Why so short because even without a developed attention span, you can keep any child's focus for at least 15 to 30 seconds.

Part of this is because as humans we access whether a stimulate or something in our surrounds that has caught our attention is a threat or an advantage within a few seconds. If we perceive something as non-threating or an advantage, we quickly dismiss it and move on to another stimulate. This is nothing new and since humanities survival relied on it, dates back to the beginning of humankind. When it comes to music we can be trained to consider different structures and sounds as positive stimulation over others. It is often what is familiar to us. However, if something is unfamiliar to us, it can trigger the same response to access it as beneficial. So, if you have an average person experiencing your music for the first time, in that first 15 to 30 seconds they should have some form of stimulation that is exciting or at least familiar to them and will draw them into access and explore it further.

Now you might think that your 2-minute intro builds interest and excitement for the hook to come but the reality is often it will create disinterest, impatience, discomfort or boredom in the new listener. It would be like listening comic tell a joke for 45 minutes before getting to the punch line. If they are a good story tell it might be interesting but after about 5 minutes, you are going to wish that they would just get to the point. The new listener is going to often be turned off and close off their minds to any further exploration of your music.

Everyone thinks that editing is about time but it isn't, it's about the audiences attention and interaction. As someone put it when asked why some of their songs were 3 minutes and others were 4 minutes, "It all comes down to how long fans would dance for." They learned through playing live not only what parts got the best reactions from the audience but how long they would pay attention and interact with the music. It's one of the main reason that you should never record or set a song in stone until you have tried it out on a live audience. You can think all you want that they just don't understand your genius but the reality is if half the crowd fades after your 2-minute guitar solo and that off time bridge, people just don't like it or are interested in hearing it again. Not every song should be part of a rock opera and not every band should write one.

Whole careers have been made off one pop song. I think the best example of this is Radio Head's Creep. A song that doesn't fit with most of their music but without they wouldn't have gained fans willing to give their music a listen in the first place. I'm not talking about bait and switch where a band writes a song so far outside of their wheelhouse that their new fans buy the record and puzzling express, "What the hell is all this other stuff?" It's a song that feels comfortable but maybe a little more easily acceptable. Look at a set or an album as a meal. Not every part of the meal can be steak or French Silk pie but it should be in there. If you serve people tough dried up roast beef with a bland sauce and expect them to chew on it for 45 minutes, people are going to pass. However, if you start off with a couple of appetizers and a few sweet cocktails move on to a bitter salad and then pull out the roast beef, they might stomach if they know there is going to a nice bread pudding and a glass of good port at the end. Who knows they might begin to enjoy the Roast Beef.

When it comes to submitting music to Promoters and Talent Buyers, you should consider the amount of material they go through and what they are looking for. I tend to pre-screen bands before even committing to a hold. This means I will first check the date to see if it is open or will work. Next, I will listen to their music. With limited time, I often only have time to listen to 30 seconds of a song to determine if they are marketable or not. Basically submitting a song is an audition. If you command my attention in that first 30 seconds with something I feel will fit well into an event I'm building or will appeal to a certain crowd, I will continue to listen. If I get to that 30-second point and nothing of interest has happened, I will either move further along in the track or dismiss the band and move on. This may seem unfair but the reality is often there is a number of other bands I need to get to. Before getting to negotiations, I will listen to all the material that I can find on the band. Yes, I do look at materials, videos, reviews, Facebook events, etc.. before I will consider talking money. Back in the day, when I would get CDs, I would usually listen to the first song then 3rd, 6th and then one random one.

So, when submitting music you should always present the person who you are asking to buy your performance with what you consider as the best representation of the project but also not something video with a 10 intro of the band acting out some lame joke or the song that has a huge intro. Yes, you should submit your Soundcloud album or Spotify links but you should either suggest a track or make sure that the link goes to that one track. Nothing turns off a promoter or talent buyer than wasting their time.

Now here are some editing pointers: 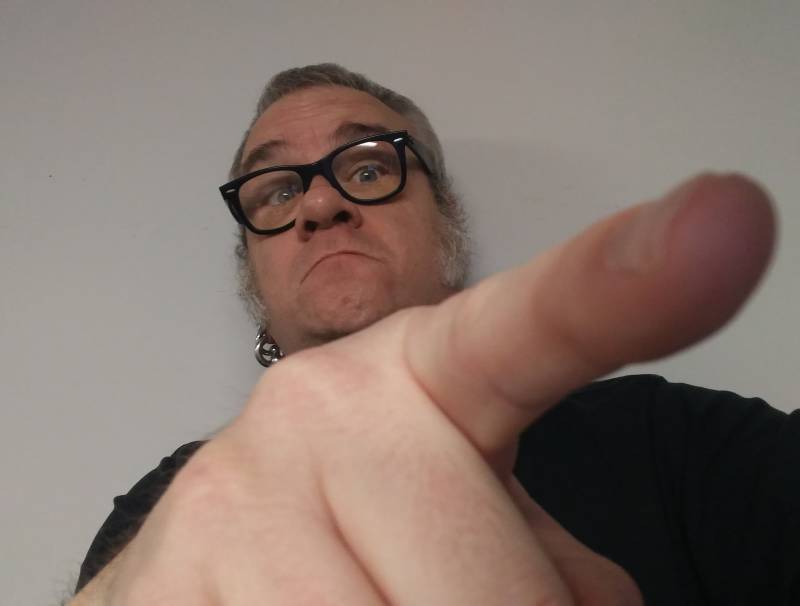