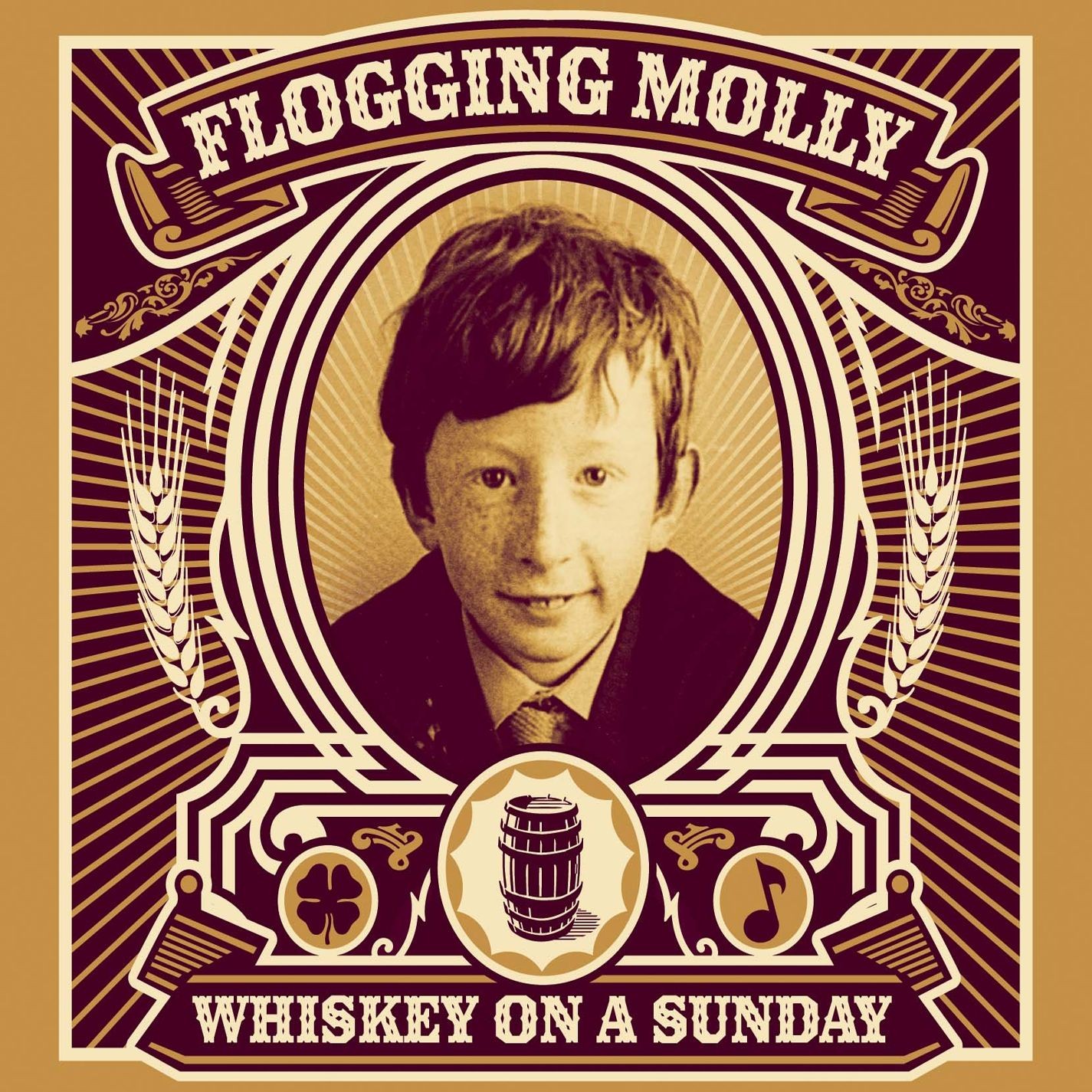 Flogging Molly - “Whiskey on a Sunday”

The last time I saw Flogging Molly was a Warped a few years back. We fought our way against the stampede of preteen girls rush to see teenbeat darlings Simple Plan to get a good spot for Flogging Molly. After much effect, we secured a spot and waited in the hot Kansas sun for the band we came to see. Out walks the band and Dave King Steps up to the mic and says, “From Simple Plan to a Simple band.”. That sums up Flogging Molly, they are a simple band.

Formed by David King in the mid 90s when he found himself in LA without a band or a record contract. Dave is a rag to riches story that starts in the Beggars Bush section of Dublin moves on to fronting Motorhead's Eddie “Fastfingers” Clarke's Fastway after answering an ad in a paper. By the late 80s Dave found his way to Los Angles with a solo contract with Epic Records. Due to his desire to return to his roots, he left Epic and formed FM out of musicians he met at an Irish Pub In LA called Molly Malone's. They began playing Monday nights there and built up a sizable following. The name Flogging Molly came from playing there every Monday night as Dave explained, "We used to play there every Monday night and we felt like we were flogging a dead horse so we called the band Flogging Molly." The story from there is a blue print of how to make it as an independent band. Trust your own voice and vision, get the right people behind you and work your ass off.

It's easy to dismiss Flogging Molly as a fluke, just a passing Irish hip culture fad but the music and the lyrics are so personal and so honest, the connection is too strong to disallow. Drawing from Irish and American traditional roots and then mixed with punk, pop and rock and tends to appeal to wide variety of music fans. Regardless of background. There's a little bit of Bowie, Johnny Cash, U2, Bowie, the Clash, the Dubliners, Woody Guthrie and the Dolls. However the meat is the very personal lyrics of David King that run the gauntlet from drinking to fighting to history and paint a new version of the American experience.

For fans looking for new material, the music CD will be disappointing. There is only one new track, Laura. The rest is acoustic versions of Drunken Lullabies, The Wanderlust, Another Bag of Bricks and Tomorrow Comes a Day Too Soon and live version of The Likes of You Again, Swagger, Black Friday Rule, Within a Mile of Home and What's Left of the Flag.

The thing that makes this release special is the full length Documentary about the history of the band. It includes tons and tons of interviews, live footage of the band and bonus material. There is also a photo collection included and the layout is great. The story is not only for the fan boys but is compelling as a story of the little band that could. When you take into account that it all sells for the price of a normal CD, it comes in as a steal.

Flogging Molly - “Whiskey on a Sunday”

One Side Dummy records