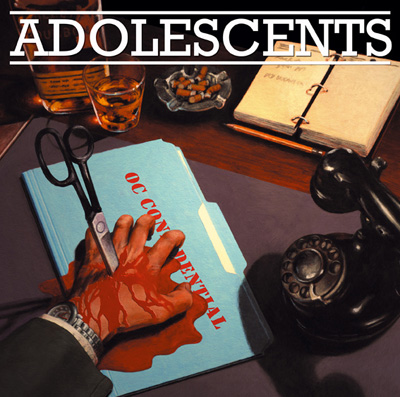 How can I put this, ah, um, it's the fucking Adolescents!!!!! Long before there was Epitaph Records, Offspring, Pennywise, countless other OC bands there was the Adolescents. Formed out of former members of Social Distortion, Agent Orange and other less known OC bands, the Adolescents came to represent the shinning hour of the OC punk that would lead the break into the mainstream.

Like many punk bands for the 80s, they crashed and burned in a short time. In barely over 2 year, they recorded the punk classic self-titled 'Blue Record' and the Welcome to Reality single. With no touring outside of west coast and the limited distribution of Frontier Records, they left a mark on

the Hardcore Punk scene that very few bands did. In 86 the reunited with the lineup from the Blue Record and after a few line up changes recorded 'Brats to Battalion' in 1997. The band toured with a limited line up of the original members and then Tony left to form the Flower Leopards but the band carried on with countless lineup changes. With only two original members they recorded 'Balboa Fun Zone' in 1988. At that point it's hard to call that album an Adolescents record. It was good but it weren't no blue record. After that the band became inactive until a reunion for the anversity of the Blue Record in 2001 and began playing around LA to sell out crowds.

O.C. Confidential is the closest to the classic line-up as you are going to get in this day and age. It often has the same feel that the early stuff does and it does deliver a majority of the time. Often reunion records are less then a favor for fans wanting a return to the past. This is not a carbon copy of the Blue Record and just who would want that in the first

place. This is a more developed and adult version of the Adolescents of old. All the key players are there, Frank Agnew with solid leads and riffs, Steve Soto with his famous bass lines and the best backup vocals in punk and Tony Reflex cracking voice and witty lyrics. Don't think you are getting short change with out Rikk cause there is that classic Agnew guitar written through out with guess spots by Johnny Two Bags. Casey isn't on the Drum stool but if you had to replace him who could be better then Derek O'Brien. Most of the writing seems split between Agnew brothers, Derek, Soto and Frank's son even has a song.

If I had to pick songs off to highlight it would have to be the anti-war 'Hawk and Doves', bitting 'California Son', the stab at the old schoolers 'Pointless Teenage Anthem', the any town in America theme 'O.C, Confidential' and the dark 'Find A Way'. I have to say though if you're at the record store and you have this record in one hand and the Blue Record in the

other, get the blue. It is hard to repeat something that good in a life time. But if you already have and love Blue pick this one up. 25 years have past and these guys are still better then most of the bands out there. 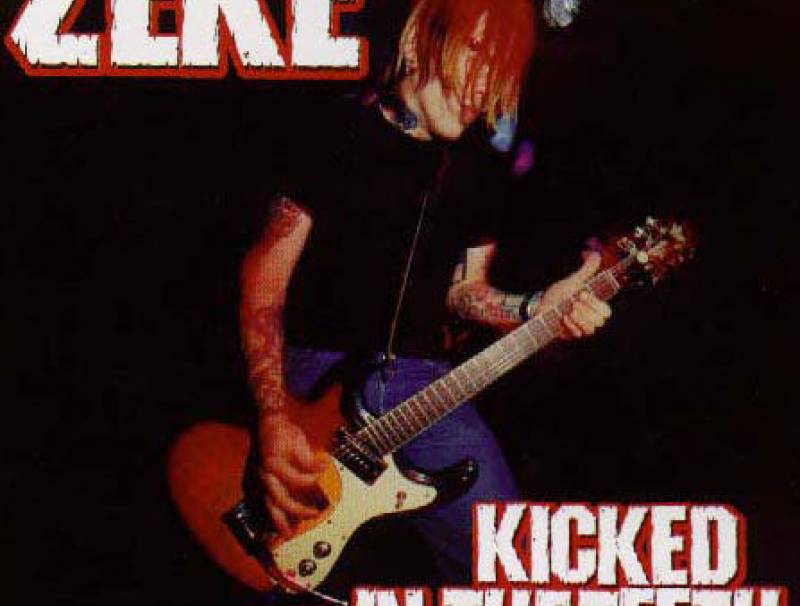 I've been hearing, for like 2 years, that this record was coming out. The reason may have something to do with what's going on at Epitaph with Bret and all, I've heard about his "problem".